It was one of those London outings that I won’t forget in a hurry. It didn’t involve the West End theatre production or shopping, but it was 100% pure London: people’s power in action. We were marching with the estimated 1 Million ordinary people for peace, friendship and unity of our small continent, sending a clear message to Mr Putin and Mr Trump who are so keen to divide and conquer us.

It was crowded, it was hot, it was slow-going as the mass of people filled every nook and cranny of the main streets and every side alley. There were youngsters hanging from scaffolding and statutes, waving EU and British flags. There was a great sense of comaraderie and good humour all round. Husband brandished Danny Dyer’s famous quote about Cameron and his trotters up in Nice. I grabbed a photo with none other but the now iconic STOP-Brexit Man who camps on the doorstep of the House of Parliament day and night, rain or shine, to deliver his message. 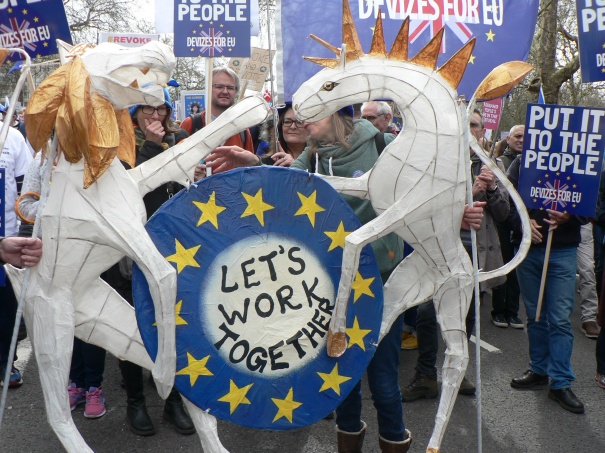 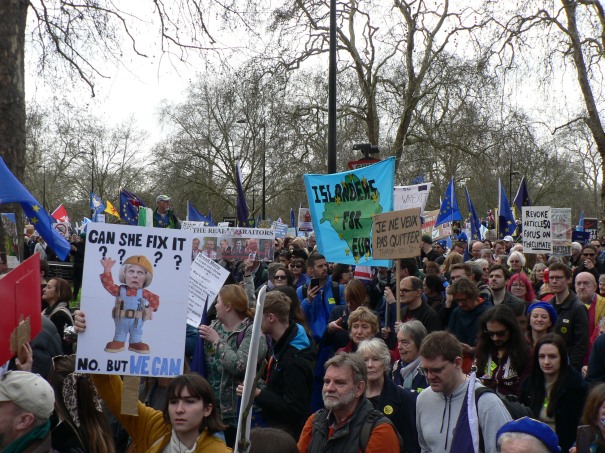 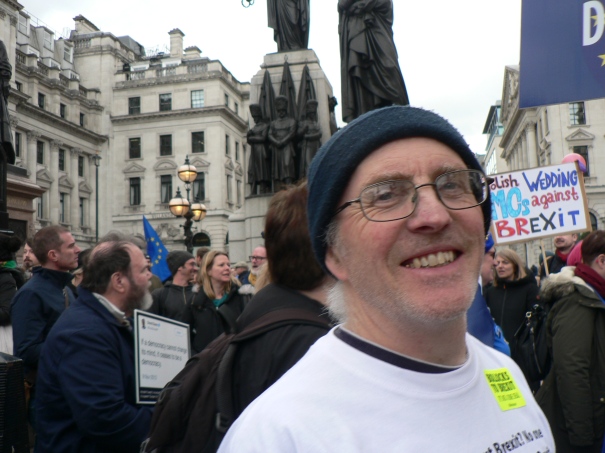 2 thoughts on “Marching for people’s vote”